We appreciate your stopping by and hope to see you changed positively by the time you take leave of us. Change Communications is a non-state and not-for-profit facility dedicated to delivering purposeful and persuasive communication services intended to mobilize development actors and induce a change of attitudes, practices, and behaviours among Africa’s rural and marginalized communities for sustainable development by themselves and for themselves.

Our site is many things in one. The next few clicks will land you on:

Reach out for change with Change Communications.

And the CHANGE starts with this:

Bannerman’s turacco is our brand, our flag bearer symbol. It is a bird found only in the North West and West regions of Cameroon and nowhere else in the world. It is a bird bigger than the feathers and flesh of which it is made. Communities in those areas, according to their cultural practices, use the red feathers of Bannerman’s turraco to knight members who excel as development achievers, positive change makers, and reference personalities to the status of lord.

The knighted personalities are generally identified by a red flight feather of the bird conspicuously pinned to the top of a hand-made traditional hat for society’s eyes to see and respect the bearer’s new social status. This practice generates a strong development drive in individual community members to work on and on in order to score an achievement for the collective good and earn the social rank of lord. And that is precisely what our organization does: building consciousness and generating an achieving drive that steams individuals and communities to work on and on so as to qualify as lords in development for the good of all. 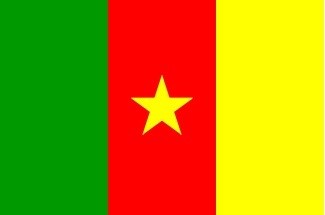